Secrets of The President’s Limo, AKA “The Beast”

Secrets of The President’s Limo, AKA “The Beast”

The presidential limo, nicknamed “The Beast” is more a tank than a limousine for the President.

The beast goes wherever the President goes. This Presidents Day, we are going to give you a look inside the presidential motorcade. The Beast is always strategically parked as a barrier between crowds and the President. While much of the information is classified, we do know the car comes from designs according to specs requested by the Secret Service. The newest model is estimated to have cost $15 million to develop. Of course, the limo is bulletproof and well-guarded by the Secret Service, but what more do we know? A tank on the road

There are eight-inch armor-plated doors with bulletproof glass that can stop several .44 magnum rounds. The body is made of 5 inches of military-grade armor, and even the floor is steel plated to prevent a grenade or IED thrown underneath the vehicle from doing much damage. There is also an armored gas tank that is filled with a foam that will release if the tank is punctured to absorb the gasoline.

There are typically about a dozen limos in service at any given time. Several are used whenever the president travels. Other vehicles are either used as decoys, to transport other dignitaries or just for additional cover when traveling in more dangerous areas. A presidential motorcade can have anywhere from a total of 10 vehicles in convoy in a safe area. In a warzone, there are as many as 40 vehicles, including some decoy motorcades taking several routes. Additionally, snipers and air support to protect the president in more hostile countries. A single transport to one location can cost into the millions and involve hundreds of people and vehicles in a hostile environment. This does not even include police and other local government protection and support.

Being it is mostly a tank on wheels, the driver is also a specially trained driver, who is an expert at maneuvering this vehicle alone, receiving extensive training and regular practice in dealing with emergency situations. 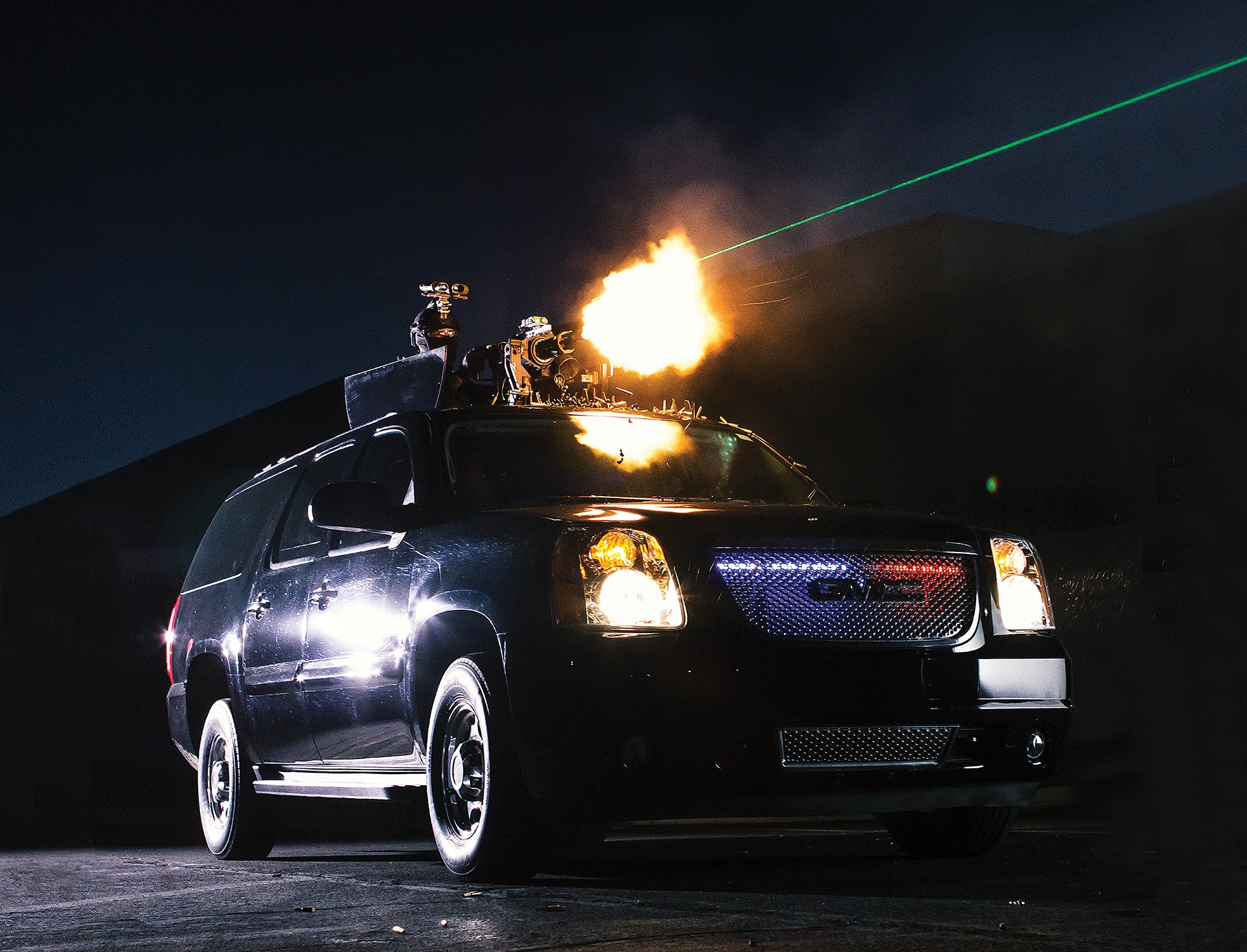 The last line of defense for the President

While the Limo is defensive, the motorcade is far from it. The Beast, as well as several of the support vehicles, are often armed to the teeth. Included are full-blown war weapons included going on offense. While there are several SUV’s that can be seen with armed agents getting in and out of the motorcade vehicles, if you ever take a close look, there is one with nobody getting in or out. That is because it is holding the six barreled Dillon M134D Gatling Gun in it. In the event of an attack, this SUV will release firepower rarely seen to the public. Coming out of its roof to protect the president. Also, The Beast itself can launch its own tear gas grenades. The driver has access to fully automatic weapons and even has a separate oxygen supply internally in case of a large-scale chemical attack.

In short, The Beast has earned its name and is a force to be reckoned with. Anyone who thinks they could plan an attack on the motorcade would only stand a chance with a small army.