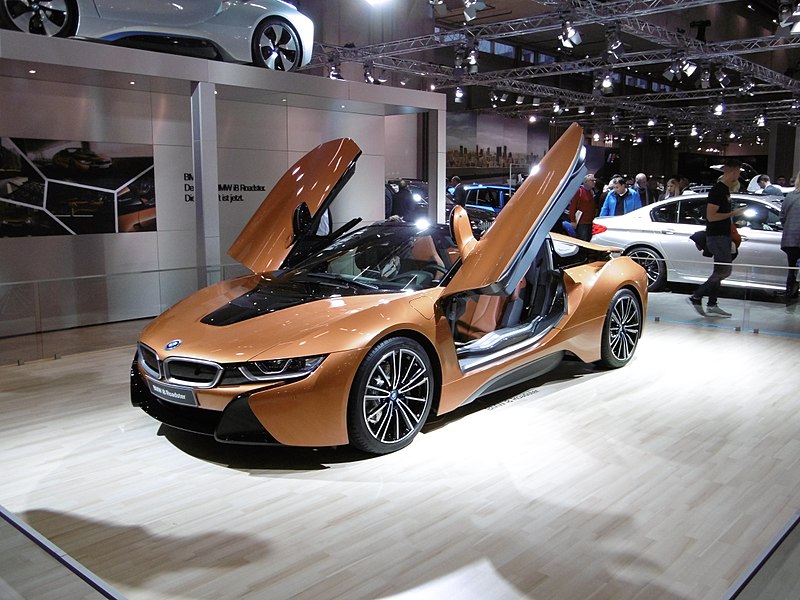 BMW introduced us to the i8 back in 2013. After skipping a 2018 production year, the i8 is back again with an electric spaceship on wheels. BMW got rid of the rear seats and brought in a folding cloth top. Under the hood is more performance with a turbocharged 1.5-liter inline-three and an electric motor amidships, plus a front-axle electric motor. They have added a stronger battery increasing electrical output to rise by 12 horsepower to 369. Finally, the climb to 60 takes a short 4.4 seconds.

The engine operates in 3 modes. In total EV, you can squeeze 18 miles out of it at up to 75 mph with pure electric. The default mode is hybrid, where you do not have to worry about range while running the front motor only. Finally, there is still a Sport mode running the gas engine at all times with the electric motor giving a bit of an extra boost when needed. For a starting price of $150,000, they could have done better. 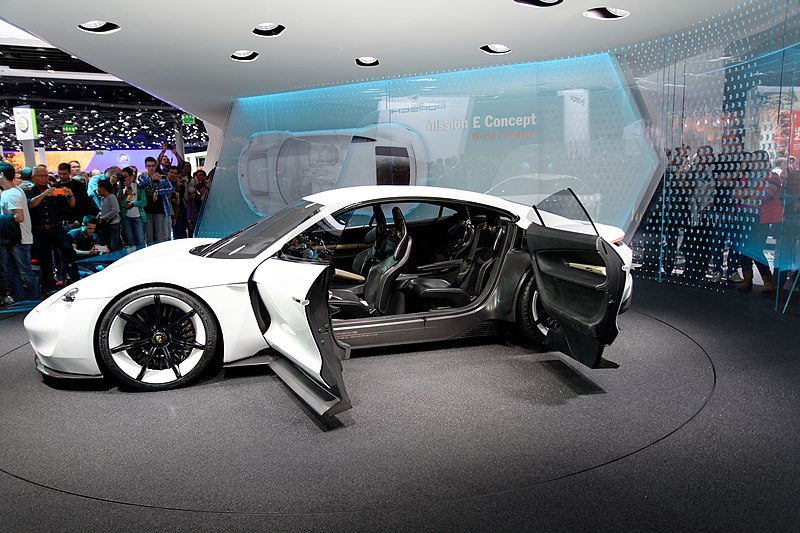 The Porsche Taycan will be a four-door all-electric vehicle when unveiled in 2019. Back in March, Porsche announced the Mission E concept as nothing more than a plan. Mission E has materialized into the Taycan, which Porsche says translates to “lively young horse” in some unknown language. It features two permanently excited synchronous motors that will deliver rapid performance from a variety of outputs to 603bhp. The result? A mind boggling 100 km/h in well under 3.5 seconds and to 200 km/h in under twelve seconds(You can sit back down now, BMW).

Inductive charging is to be included with 800V technology all but guarantees it’ll have current charge times. At this time, we are not sure about the interior, but touchscreen everything and Alcantara suede and leather are expected. Not yet released or priced, we are hoping to see the final version at some 2019 auto shows, so keep an eye out. When asked about the price, Rober Maier(model-line director for the Taycan) said “we’re expecting a price somewhere between a Cayenne and a Panamera,”

Jaguar has stepped into the EV market as well bringing us the I-Pace. The company now has an all-electric with a 300-mile range, all-wheel drive and the luxury and handling Jaguar has become known for in a package that is sure to give Tesla a run for their money. This is especially true at a somewhat reasonably priced $80k.

Under the hood, you will find two concentric electric motors, one on each axle for permanent four-wheel drive. The lithium-ion battery is suitable for a 300-mile range on the WLTP cycle and 0–60mph in 4.5 seconds and 124mph top speed is an impressive entrance into the market. The main downside is a 10-hour charge to 80% on a 7kW home charger.

Rounding off the list is this new Audi. Audi plans on releasing eight new crossovers and SUV’s by 2020, and the E-tron is so far the most anticipated. Carrying front and back motors providing 402bhp and 490lb/ft of torque guarantees a quick jump and a 95kWh battery offers 250 miles of range. Inside is a 360-degree camera system with side cameras instead of mirrors and air suspension that auto adjusts with the terrain.

While not yet released in Texas or US markets, these are the numbers of the three-year-old concept tests; the 2019 release is sure to be comparable. With an estimated price tag of under $80k, the E-Tron is high in the running to be the best 2019 luxury release of the year.